The Haitian Association of Indiana (HAI) started with a handful of visionaries who wanted to have a platform for Haitians in Indiana to unite in order to share the culture of the homeland. Since its creation in 2008, the organization evolved into a network of Haitians working together to serve the Haitian community in Indiana, especially those who are in need of various social services. The association also fosters working relationships with individuals and other partners with interests in Haiti and serves as a hub for Haitian cultural and historical learnings. The presence of HAI and the Haitian community in Indianapolis is a major component of the city’s cultural diversity.

HAI, since its inception, has been an organization that is fully funded by its members and supporters and led exclusively by a varying group of leaders throughout the community. The critical glue that holds it together after all those years is that every involved believe in the greater vision and are willing to sacrifice their time, talent and resources for a space where they can feel at home.

The Haitian Association of Indiana (HAI) is a registered as Federal Tax Exempt charitable organization under section 501(C) (3) of the Federal Revenue Code. 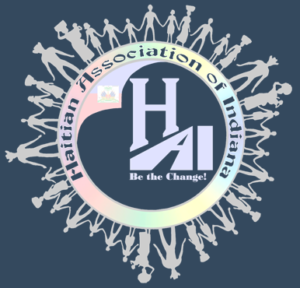 The Haitian Association of Indiana is a 501(c)3 non-profit organization. All contributions are fully tax-deductible to the extent allowed by law. © 2019 HAI. All rights reserved.